For the first time Bassan decided to address his works in a selfreferential dimension. With this triptych he talks about himself and his loved ones, his personal battles with happy ending, opening a gap of intimacy with the viewer through these three pictures, these three stories, these three brothers. The kiss, the universal symbol of love is represented in a way so close to losing any connotation of gender: women kissing men, men kissing men, people kissing people. But if it weren’t for the isothermal curtains, these three images would not reawaken in us conflicting feelings. In fact, the choice of material has been crucial, if not the protagonist, in the realization of this triptych. Used in emergency situations for thermal stabilization, this lightweight gold and silver mantle allows Bassan to establish a direct dialogue between the represented figures and the actuality of our time. Stretched and transformed into a support for the pictorial gesture, where the brushstrokes translate into messages of affection and hope, allowing this thin layer to make a difference.

Visceral in its mutations, the material reacts to light and heat, allowing the installation to achieve a new dimension through the alternation between lights internal and external to the canvas. This game of lights becomes a metaphor for the duality intrinsic to humanity itself. And only when the beam of light comes from the inside that the representation, becoming transparent from foreign eyes, reveals its true nature, increasing the contrast and throwing figures out of the canvas. A metaphor too descriptive of the personal situation of each individual and the constant alternation between fear and the need to show our true nature. 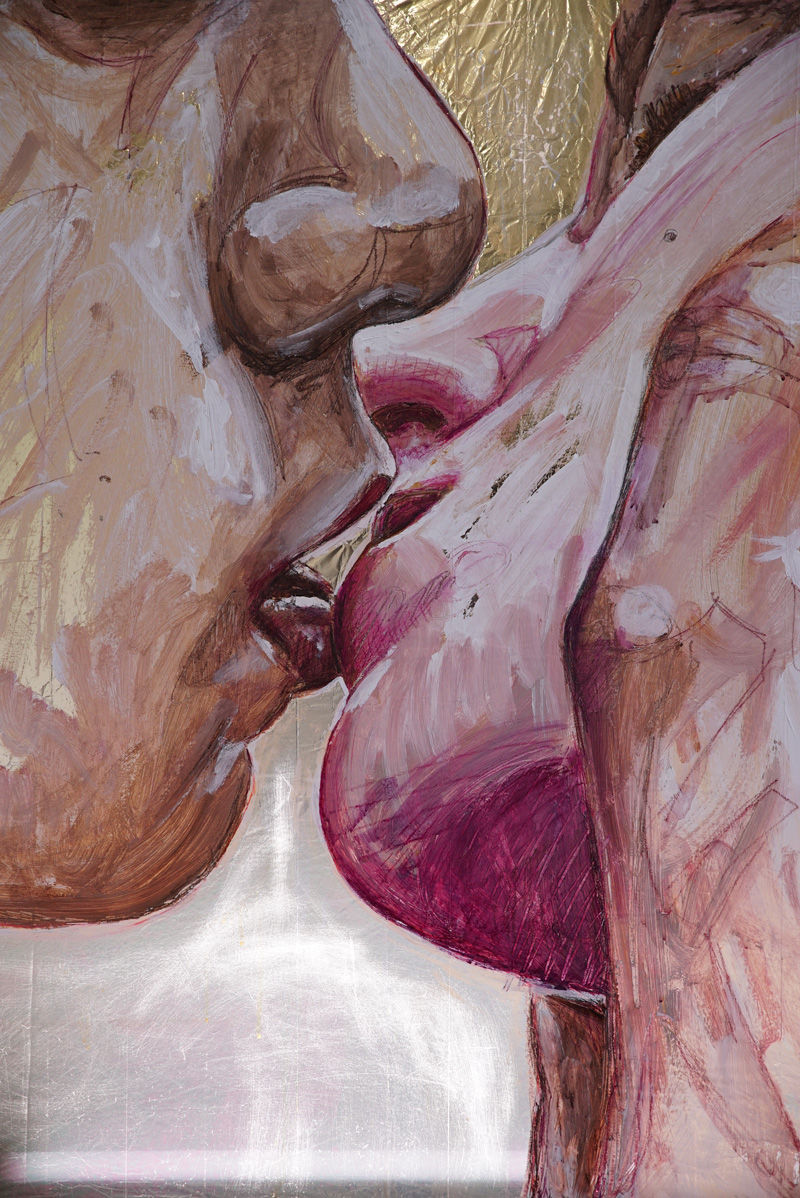 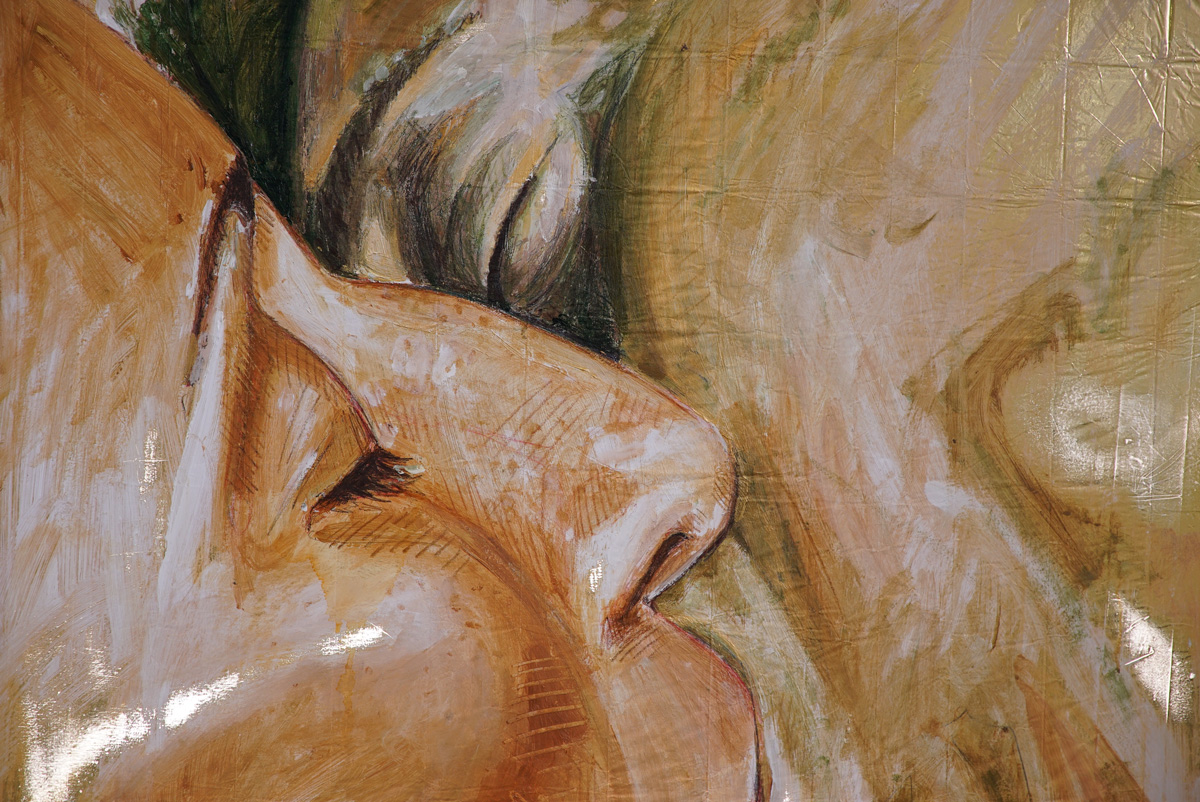 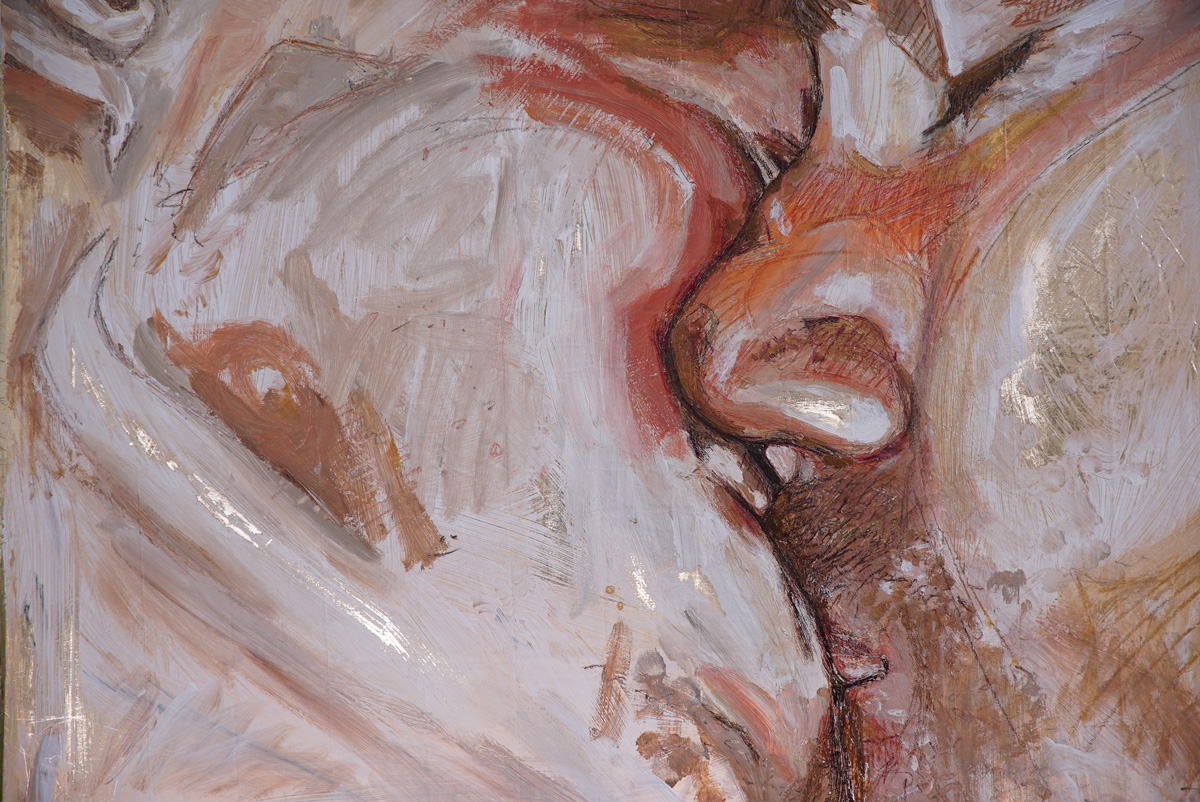 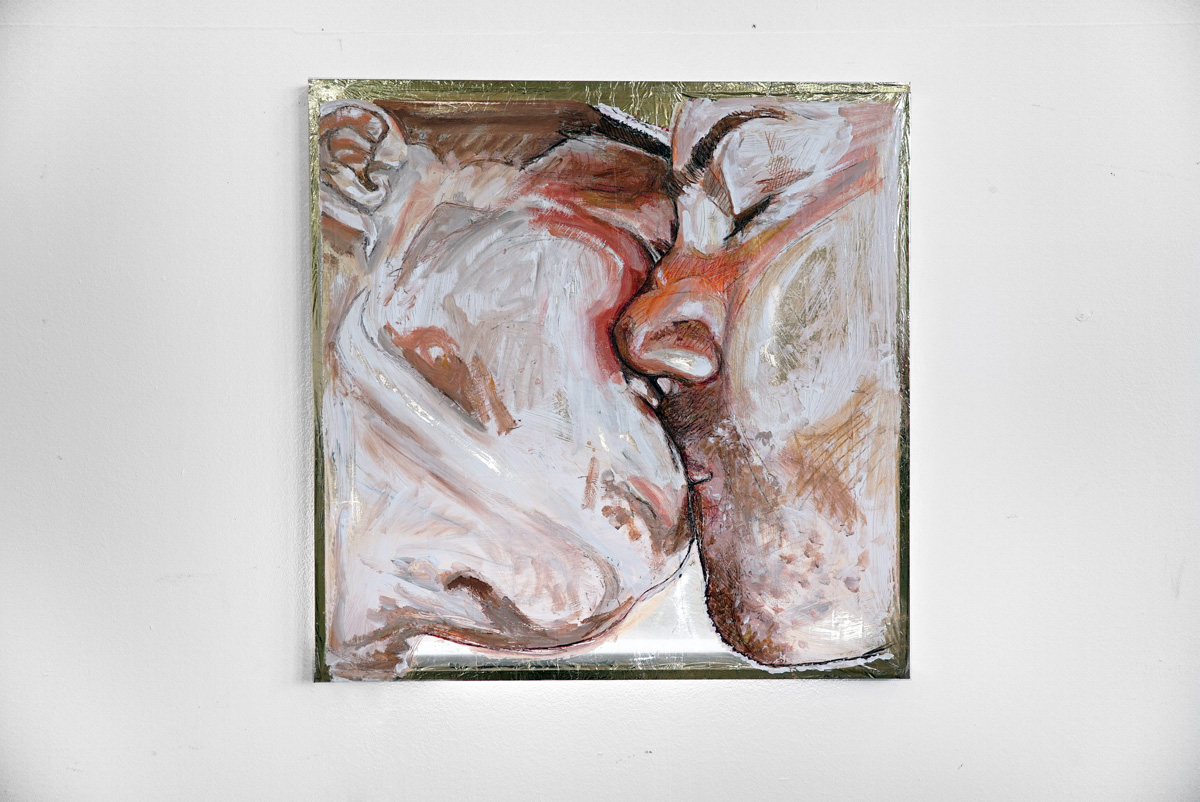 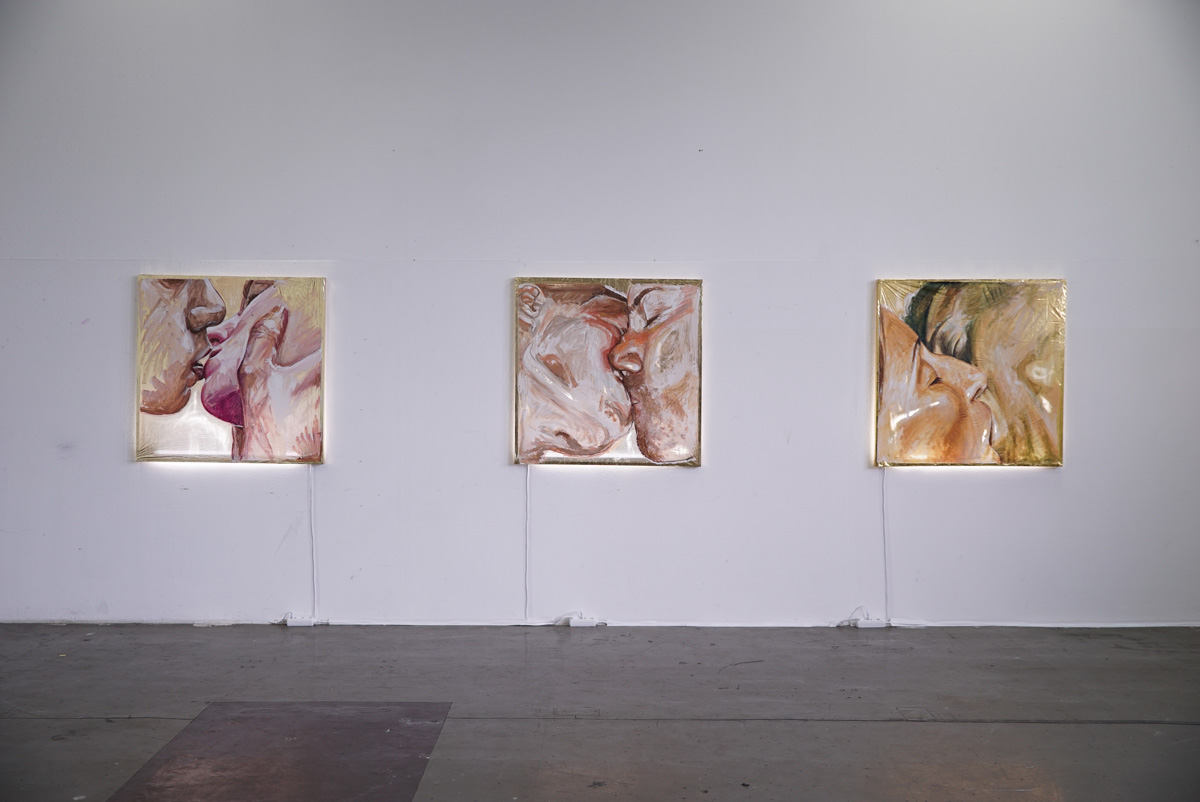 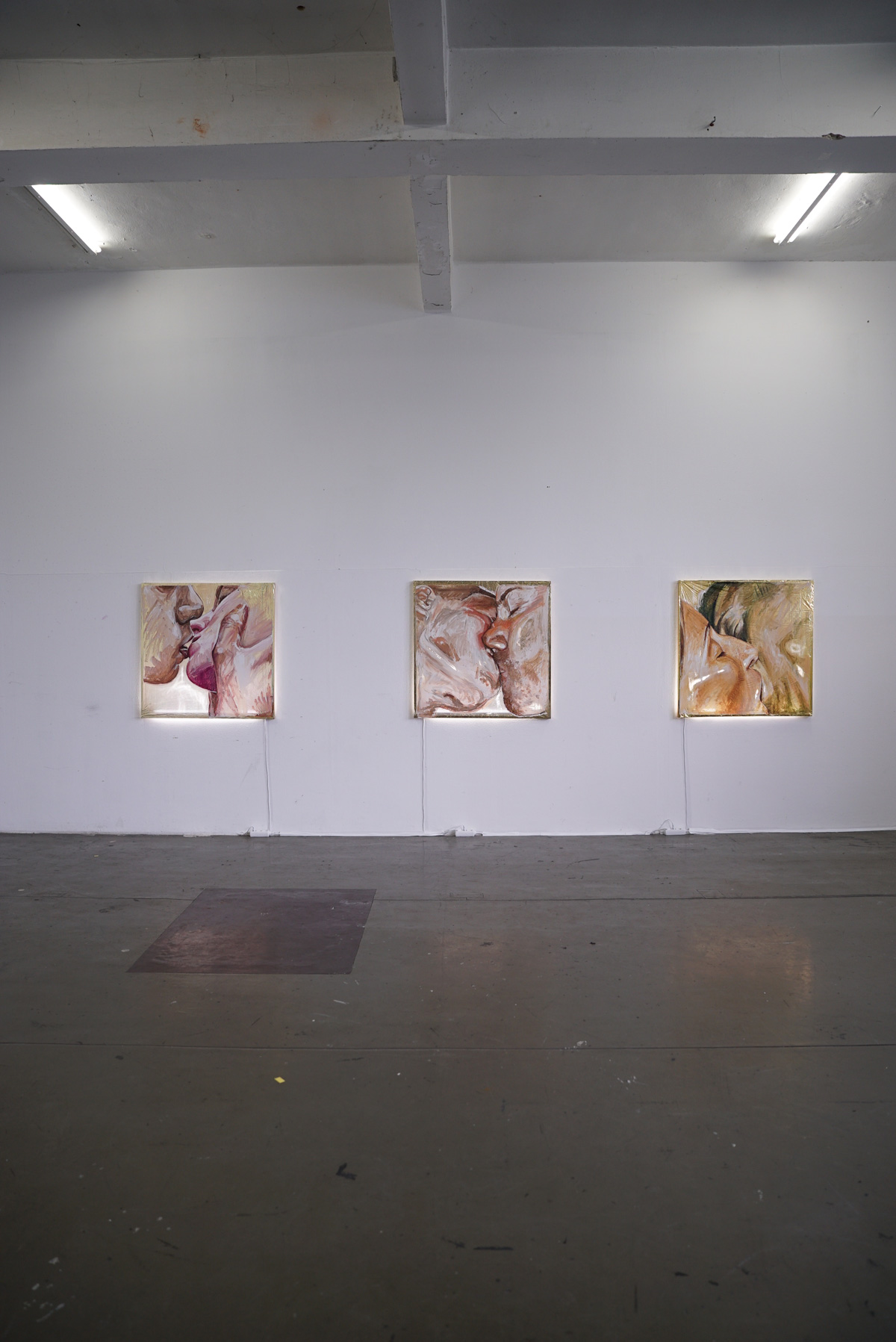